About a month ago, my wife and I were dog/ house sitting for her aunt and uncle.  As any good sound person would do, I took the opportunity to record any new sounds that I could. The following is a condensed list of what I captured.

More than anything else, I wanted to make sure that I captured the sounds of the dog. I don’t have a dog, and my parents have a smaller dog, so I couldn’t pass up this chance of getting the sounds of a medium/averaged sized dog. Luckily, she is well-trained and well-behaved, so she wasn’t bothered by the microphone, and she performed like a professional voice actor. 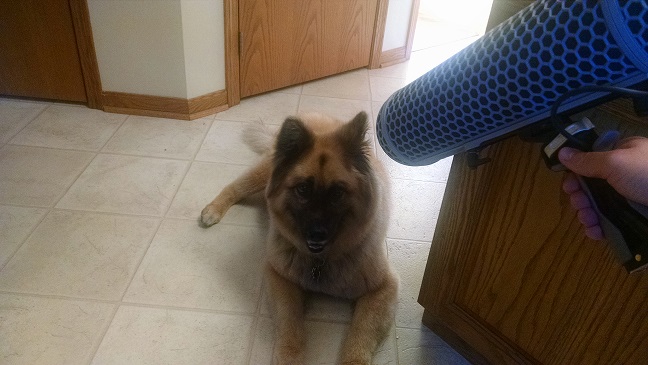 One of the best actors I've ever worked with.

After the dog, it was time to go outside.  It was a windy day, which normally would have made things difficult, but the wind made the flag in the backyard really come alive.  Again, I couldn’t pass up this chance.  I got some clinking sounds of the flag pole, but that’s ok.  This could still be used as some great source material, or even just use it as is. 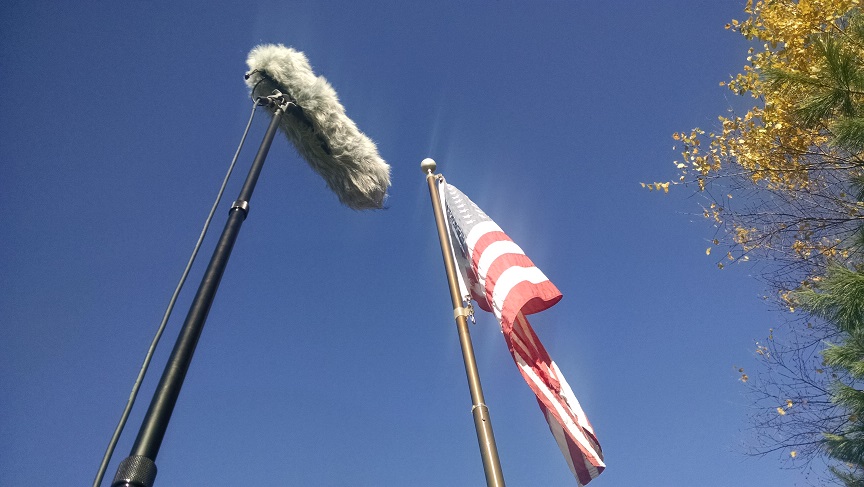 Trust me, it was windy. I took the picture during some downtime.

As I was preparing to move back inside for the afternoon, I noticed that the sliding door leading back into the house made some interesting sounds. What was I suppose to do–NOT record it?! 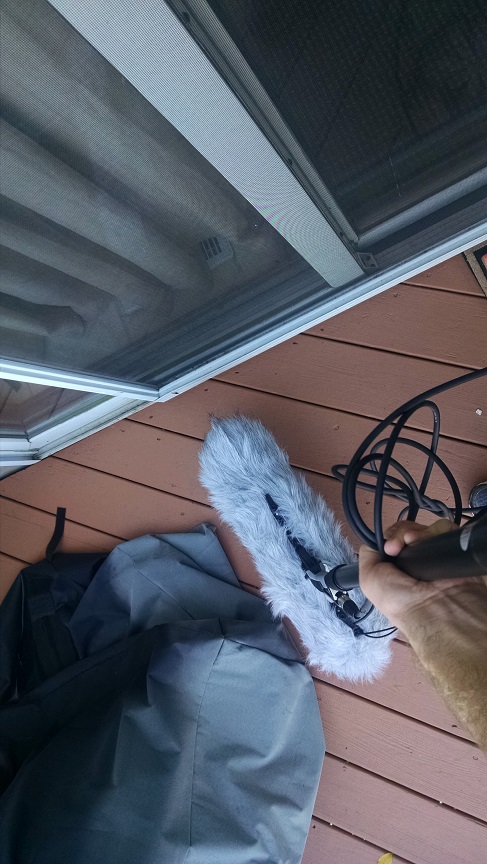 The door, singing away.

That evening, I even recorded a bonus sound.  As I was sitting on my laptop (well, I was sitting on a chair, with the laptop on the kitchen table), I could hear the hum and bubbling of the dishwasher filling the room.  Again, how could I not record it?  You never know when you could use this stuff!